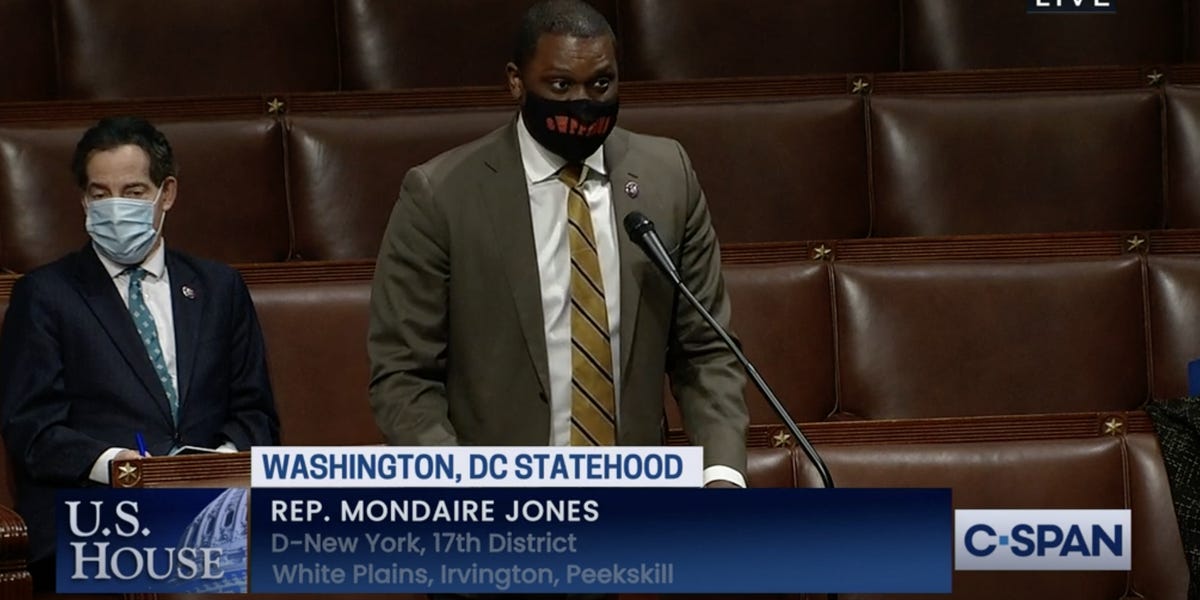 Republican lawmakers blew up on Thursday after Democratic Rep. Mondaire Jones accused the GOP of spreading “racist trash” during a heated debate over a bill to grant Washington, DC, statehood.

“I’ve had enough of my colleagues’ racist insinuations that somehow, the people of Washington, DC, are incapable or even unworthy of our democracy,” Jones said on the House floor.

He then called out Arkansas Sen. Tom Cotton for saying DC wouldn’t be a “well-rounded, working class state.”

“I had no idea there were so many syllables in the word ‘white,'” Jones said.

He also pointed out Republican Rep. Jody Hice’s claim that Washington, DC, does not deserve statehood because it doesn’t have a landfill.

“My goodness, with all the racist trash my colleagues have brought to this debate, I can see why they’re worried about having a place to put it,” Jones continued, as Republicans could be heard objecting to his comments. “The truth is, there is no good faith argument for disenfranchising over 700,000 people, Mr. Speaker, most of whom are people of color.”

As Jones spoke, several Republican lawmakers interrupted to call for a point of order, and Maryland Rep. Andy Harris asked for Jones to withdraw his comments, to which Jones agreed.

The House eventually voted along party lines to pass HR 51, in a vote of 216 in favor to 208 opposed. The White House also signaled its support for the measure on Tuesday, saying in a statement, “For far too long, the more than 700,000 people of Washington, D.C. have been deprived of full representation in the U.S. Congress.”

It continued: “This taxation without representation and denial of self-governance is an affront to the democratic values on which our Nation was founded.”