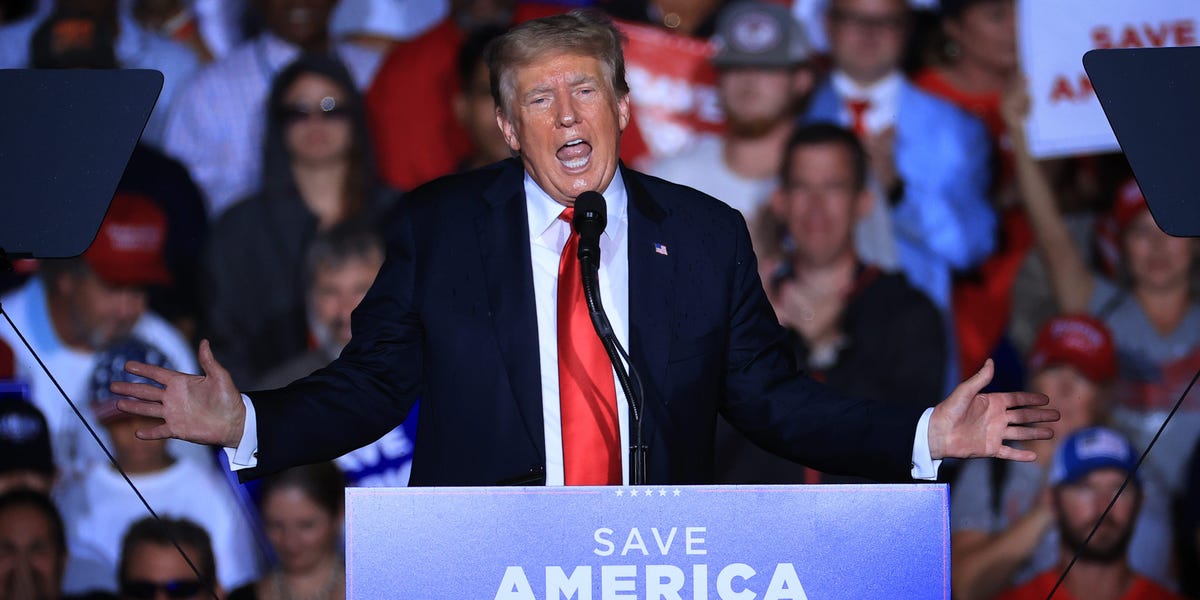 Former President Donald Trump was booed by some of his supporters at a “Save America” rally in Cullman, Alabama, on Saturday night after he suggested that they get vaccinated against COVID-19.

The former president then told his supporters that the vaccines are “good” and once again encouraged them to get a shot.

This suggestion was met with boos, as can be heard in a video shared by Vox journalist Aaron Rupar.

“You’ve got your freedoms,” Trump responded to the jeers. “But I happened to take the vaccine.”

Once the booing died down, the former president joked that the crowd would be the “first to know” if the COVID-19 vaccines didn’t work.

Trump’s speech follows the news that his allies were trying to get him to run a pro-vaccination campaign, the Daily Beast reported.

According to the media outlet, Trump was initially reluctant and worried that promoting vaccines would be unpopular with his supporters and help President Joe Biden.

Trump has previously praised the vaccines, saying that they were “saving the world,” but has repeatedly said that people should be able to exercise their “freedoms,” Forbes reported.

The former president got vaccinated at the White House in January 2021, though the American public didn’t learn about it until March.