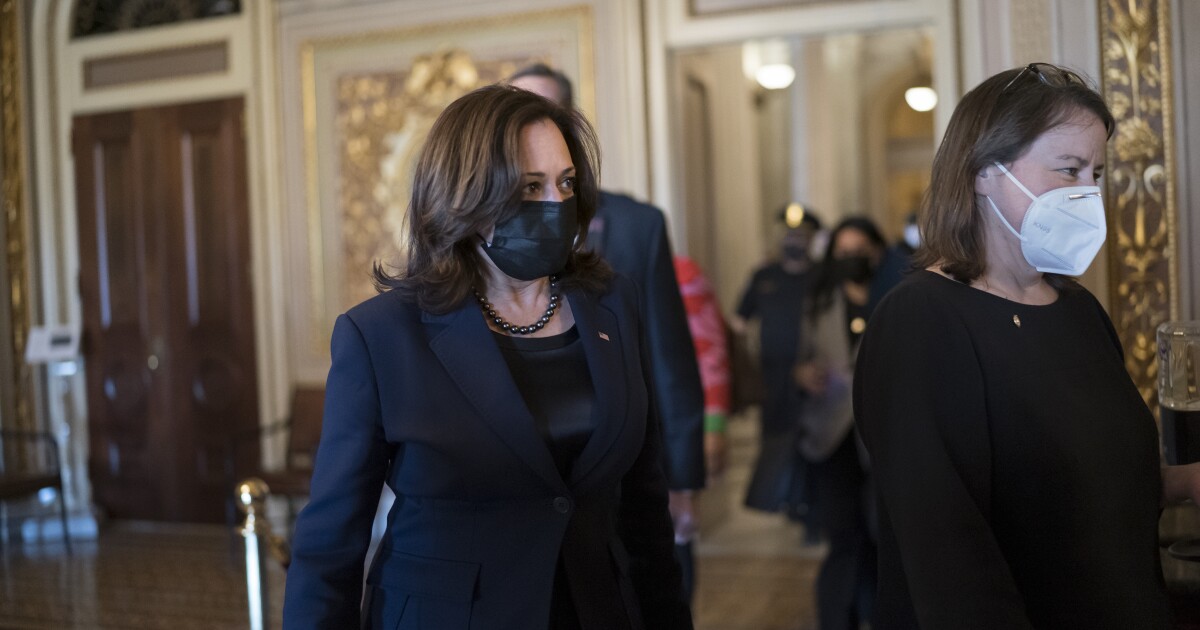 The US Senate voted on Thursday to proceed with H.R. 1319, which is the budget reconciliation bill that includes President Joe Biden’s proposed $1.9 trillion plan.

The vote passed 51-50 in a strictly party-line vote with Vice President Kamala Harris arriving to provide the tie-breaking vote.

Following Thursday’s vote, Sen. Ron Johnson, a Republican from Wisconsin, objected to the bill being dispensed, which meant that Senate clerks will read the legislation in its entirety. The reading of the bill is expected to go well into the night.

“By the way I feel bad for the clerks that are going to have to read it, but it’s, it’s just important, you know?” Johnson said. “So often, we rush these massive bills that are hundreds, if not thousands of pages long. You don’t have time. Nobody has time to read them and so you start considering something that you haven’t even read. So at a minimum, somebody ought to read it and this will give everybody time.”

Sen. Mitt Romney, who has been seen more recently as a swing vote within the Senate, agreed with Johnson’s rationale.

“What I see he’s doing is making sure we communicate very clearly that the $1.9 trillion plan has good objectives, but it’s massively misdirected, but a lot of the spending is not going to where it’s needed, that it’s wasteful, that it’s adding debt to our next generations,” Romney said. “And, and Senator Johnson wants to make sure that the people understand that on both sides of the aisle.”

Once the reading is done, the Senate is expected to debate the bill on Friday, with a vote expected on late Friday or Saturday.

But there is some urgency to getting the bill passed.

The Pandemic Emergency Unemployment Compensation is scheduled to expire in two weeks, but some may be eligible to receive benefits into early April under current guidelines.

The stimulus bill includes $1,400 checks for most Americans making less than $75,000 a year. It also includes $1,400 for eligible dependents. The proposal increases the child tax credit to $3,000 per year ($3,600 for children under age 6). And it extends enhanced unemployment benefits through September.

Democrats are touting the bill as a way to safely help students return to the classroom. There is $140 billion earmarked in the bill for schools, some of which will go toward personal protective equipment and pandemic-related expenses. Some of the funds, however, are set to be used to help schools avoid layoffs from decreased tax revenue.

“About 95% of that funding won’t even go out this fiscal year, 95% of the school funding in this bill won’t go out this year, and this is an emergency package?” Senate Minority Leader Mitch McConnell said. “That’s why they are pushing economic policies that would drag down our recovery.”