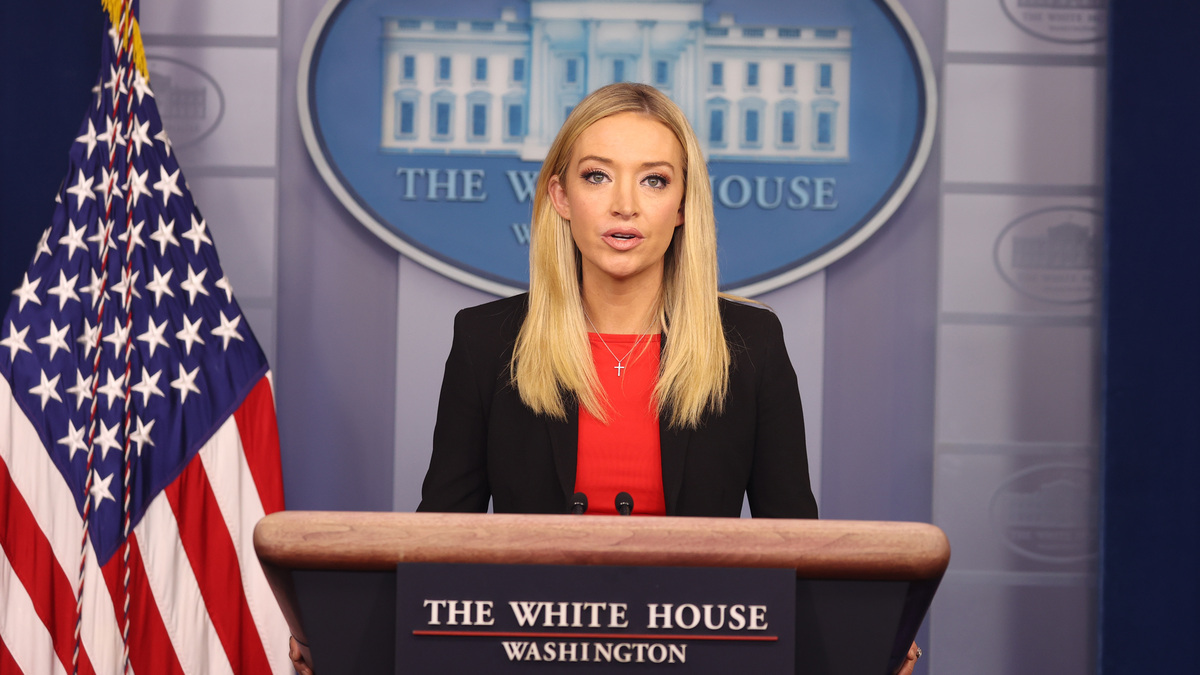 Delivering a statement on “behalf of the entire White House” on Thursday, press secretary Kayleigh McEnany condemned Wednesday’s violence on Capitol Hill. The remarks came a day after President Trump fueled a violent mob that overtook the U.S. Capitol.

“Let me be clear: The violence we saw yesterday at our nation’s Capitol was appalling, reprehensible and antithetical to the American way. We condemn it — the president and this administration — in the strongest possible terms. It is unacceptable, and those that broke the law should be prosecuted to the fullest extent of the law,” McEnany said.

Lawmakers and other officials say the violence stemmed from months of misinformation about the election, both from the White House and from the president himself.

McEnany also separated those who stormed the Capitol from others who protested nearby.

“What we saw yesterday was a group of violent rioters undermining the legitimate First Amendment rights of the many thousands who came to peacefully have their voices heard in our nation’s capital,” she said.

McEnany said the White House staff is working to ensure an orderly transition of power but did not address the resignations of several top administration figures in the past 24 hours. She did not take reporters’ questions after the brief remarks.

McEnany’s comments are the White House’s first formal remarks since the insurrection on Capitol Hill on Wednesday. Supporters of Trump stormed the complex and destroyed property, having been whipped into a frenzy by months of false claims of election fraud and by a speech delivered directly by the president, warning that “you will never take back our country with weakness.”

One woman was shot and killed by police during the bedlam. Three others succumbed to separate medical emergencies.

Insurrectionists tried to halt a vote by Congress to certify President-elect Joe Biden’s White House victory — a final, typically procedural formality in the U.S. election process. But spurred by Republicans who said they would object to the results and who planted far-fetched ideas that the election outcome could be overturned, pro-Trump extremists scaled the Capitol walls, smashed windows and desecrated offices and landmarks in the historic government complex.

Trump for his part has been mostly silent in the nearly 24 hours since the worst of the mayhem commenced. He had initially posted several sympathetic messages on Twitter to the rioters, commiserating with their ill-founded belief that the election had been stolen from him and calling them “very special people.”